Save Tenant Services – this has nothing to do with the campaign but we thought we’d have a Zen moment to celebrate this week’s big news and prepare for the next stage of the campaign to solve the long term TAAS funding issue with the State government! (p.s. thanks to the Gillard government for the life line) Losing their last trained worker and without funding security after June 30, the challenges were just too big for the Rockhampton TAAS.  If the State accepted the $2.5M offer of funding from the Commonwealth, maybe tenants there would still have access to specialist tenancy advice.  Here’s a final message from Rocky TAAS 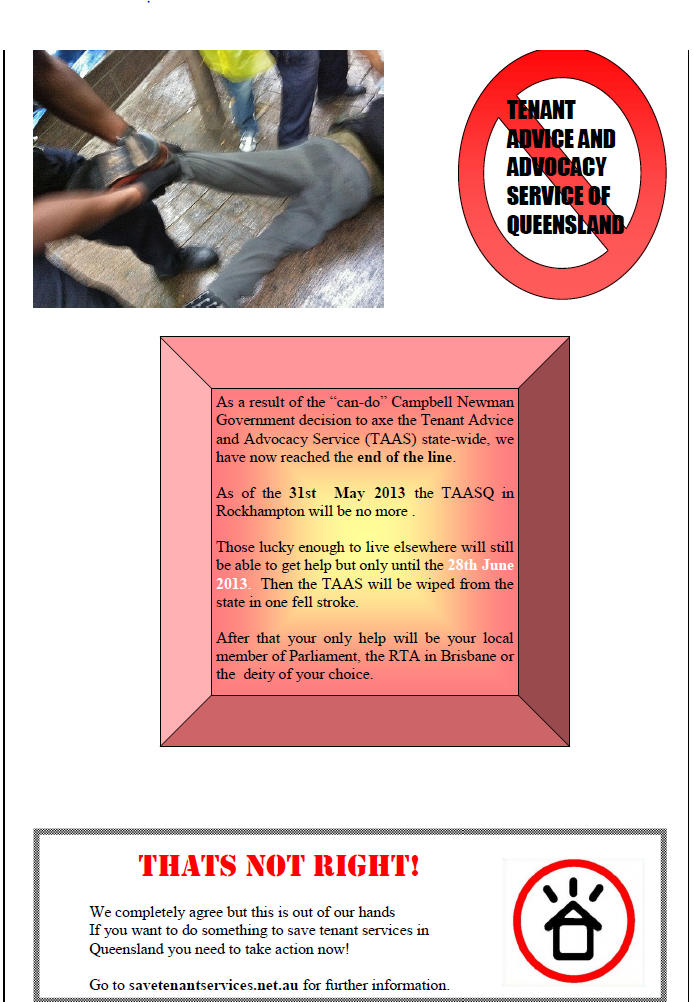 The Newman government has put politics before people, refusing to accept a Commonwealth offer to save the Tenant Advice and Advocacy Service with the Cairns TAAS already closed and Rockhampton TAAS to close by the end of the week.

Shadow Housing Minister Jo-Ann Miller said although the LNP government had an offer of $2.5 million in Federal funds on the table, it was determined to doom the TAAS service by playing petty political games instead of helping the thousands of Queenslanders who rely on the critical service to keep a roof over their heads.

Mrs Miller said Housing Minister Tim Mander was showing his true cruel and callous colours by refusing to accept the offer and keep TAAS offices in regional centres throughout the state open.

“With a stroke of his pen Mr Mander can save thousands of families the anguish they will experience once this service is gone,” Mrs Miller said.

“Instead, he chooses to play silly political games, refusing to even respond to this offer of $2.5 million which will keep TAAS offices open for the next six months.

“That’s typical of a government that would axe this frontline service in the first place.  END_OF_DOCUMENT_TOKEN_TO_BE_REPLACED

Word has just come down that Queensland has signed off on the National Partnership Agreement on Homelessness. We have no details yet, but a core requirement under this agreement was the funding of tenant advisory services.  We’ll update you as we get more information.

Listen in at 5.30pm today to hear about tenants across the country using the tenancy tribunal.  On ABC Triple J’s Hack program at 5.30pm.

………rumour has it there might be something on 7.30 Queensland tonight about TAAS.

Sign the new petition to help Save Tenant Services at Change.org by clicking here 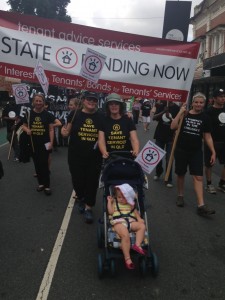 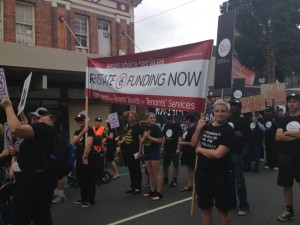 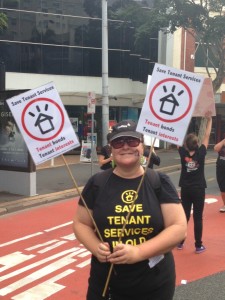 Or read it read it directly from here.  April 26.

The Tenants’ Union of Queensland (TUQ) is calling on the Premier to urgently announce whether the government will fund advice and advocacy support services for tenants under the National Partnership Agreement on Homelessness (NPAH) following today’s announcement that the Cairns Tenant Advice and Advocacy Service (TAAS) is closing.

The Cairns TAAS service is the first to fall after the state government announced last year that it would discontinue funding to the TAAS Program, which supports the work of 23 organisations across the state.

The Federal Minister for Housing, Mr Mark Butler, has previously announced that tenant advice and advocacy services form a core requirement of the in-principle agreement with the states for the continuation of joint funding for homelessness services. END_OF_DOCUMENT_TOKEN_TO_BE_REPLACED

Sadly, today the Cairns TAAS will close it’s doors for the last time.  Their last experienced staff member has had to take an offer of more secure employment.  This is a grave loss for local tenants, the TAAS itself, as well as the entire network of tenant advice services statewide.

The closure is a direct result of the state government’s announcement last year that it would discontinue the Tenant Advice and Advocacy Program, despite funds coming from the ineterest generated on tenants’ bonds.

Thank you Cairns TAAS for all your work supporting local tenants over many years.
More to come.

Does your local MP support the continuation of tenant services in your community?  Ask them!  Here’s a draft letter you can use to help our campaign for a small part of tenants’ bond interest to be redirected back to services for tenants. 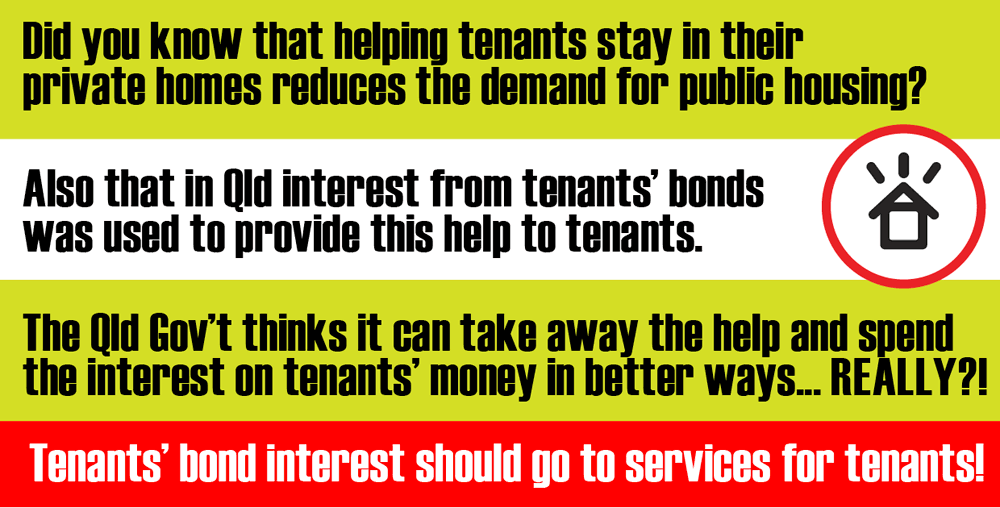 Please ask your local member if they support the continuation of tenant services for their constituents. – and get them to ask the Premier to review the decision communicated by the Director-General of the Department of Housing not to fund after June 30.  Here’s a draft letter to help you or see below.  Write soon, time is running out!

Just a small percentage of the interest on tenants’ own bond money would fund services across the state.

I am writing to ask if you support the advice from the Department of Housing Director-General, that there will be no future funding for services previously funded under the Tenant Advice and Advocacy Services (TAAS) Program.

As my local member I am asking you to voice your support for tenant advice and advocacy services in our community and seek reinstatement of funding for these services. END_OF_DOCUMENT_TOKEN_TO_BE_REPLACED

OFFICE OF THE LEADER OF THE OPPOSITION 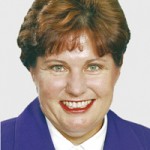 Shadow Housing Minister Jo-Ann Miller says the Newman Government has this afternoon confirmed it will abandon tenants needing assistance by not reinstating funds to 23 Tenant Advice and Advocacy Services (TAAS) across Queensland that will now close their doors on June 30.

“Today, the Newman Government has confirmed tenant advice and advocacy services in Queensland will cease to exist,” Mrs Miller said.

“There is now no-where in Queensland for tenants to go to access advice on their rights and obligations.

“Following the LNP government’s decision to cut these frontline services in July 2012 the federal government intervened to provide $3.3 million in emergency funding until 30 June 2013.

“This has allowed TAAS services to keep their doors open and provide free information and advice on affordable housing, maintenance of properties, rent increases, assistance with going to court when meditation has failed and enquiries about rent arrears.

“TAAS providers across Queensland were hopeful the new Minister for Housing Tim Mander would reverse the previous Minister’s decision last year to axe these services. END_OF_DOCUMENT_TOKEN_TO_BE_REPLACED

BREAKING NEWS – 23 TAAS services are today being advised by the Department of Housing that current funding contracts will not be extended.  Services are calling on the Premier to review this decision and reinstate funding from tenants’ bond interest to tenant advice services.  You can help – please call, email or write as quickly as possible:

Please act now to help save our services.  Here’s what you can do.