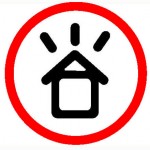 Help Save Tenant Advice Services before funding ends in December

Tenant advice services delivered by the Tenants’ Union of Queensland and 15 local tenant advice services across the state will cease to operate at the end of December unless the Newman government re-instates funding in the near future. We need your help now – find out what you can do here!

These independent services have operated for over 20 years. Less than 15% of the interest generated on tenants’ bonds had been used to fund these services through the Tenant Advice and Advocacy Service (TAAS) Program. That funding was withdrawn last year as a part of the Newman government’s budget cuts.

On October 3, 2012, three weeks before that withdrawal took effect, the Commonwealth Government stepped in to provide emergency funding until June 30 this year. As that date approached and with no long term solution found, the Commonwealth offered a funding extension until December 31. We now need a long term solution or services will close at the end of 2013.
That would be a major blow to tenants who have had access to advice services under various programs since the then National Party government funded the Housing Referral Worker Program around the time of Expo 1988 in response to emerging housing issues.

Contemporary advice services help tenants understand their rights and responsibilities and assist them to be active participants in the systems governing their tenancy. They also act for tenants unable to act for themselves. For some, they are the difference between remaining housed and becoming homeless; for others, the support they need to get important repairs attended to or the return of their much needed bond.

It was tenants and the Tenants’ Union who in the mid to late 1980s lobbied for the centralised collection of bonds.  Today that successful campaign means that Residential Tenancies Authority (RTA) generates around $40M per year in interest on tenants bonds.  It is only fair that a small portion of that interest is returned for independent and tailored services for tenants. After withdrawing tenant advice funding, $24M of tenant bond interest was provided by the RTA to the government who says they will use it to develop social housing. The delivery of social housing is a core government responsibility, one which tenants already contribute to by paying their taxes. We say Bond Interest for Tenant Services – it only takes a little!

If you are concerned about this situation please help us.  Voice your opinioin by writing, emailing and/or phoning to your local state politician and call for an immediate announcement of funding for independent tenant advice services (click here for details on how you can help).

There are 500,000 Queensland renting households all of which will be more vulnerable to homelessness and less able to achieve fair outcomes if funding is not reinstated by the Newman government.