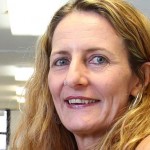 Despite a protracted battle with the state LNP government, grants for a range of tenants legal advice services were finally pulled at the end of last year.

Those closures included the Gold Coast Tenant Advice Service, which operated from Southport with an outlet at Palm Beach.

Until recently funding for the services came from the interest generated from bonds held by the Residential Tenancies Authority.

However, in 2012 the State Government cut that funding and committed it to building public housing.

While the federal government stepped in to cover the $6.4 million needed to fund the 24 services across Queensland, that funding ran out at the end of last year.

Tenants Queensland statewide co-ordinator Penny Carr said the cuts had left Gold Coast tenants in a dire position. According to the group’s records, it received about 7000 calls from the Gold Coast in the first six months of this year. “If you’re a tenant and a private renter you’re most likely to be living in poverty after paying your housing costs, more so than any housing tenure,” she said.

“There’s a huge number of people that need tenancy advice and it’s quite a specialised service.

“Also time periods for responding to many tenancy issues are very short so there is a need to act quickly when someone needs legal advice.”

Ms Carr said Tenants Queensland, which acted as a peak body to the tenancy advice network, had been swamped with demand for services since the closure.“We have thousands of people trying to get through to our number,” she said.

“In August we gave 190 pieces of advice to needy clients across Queensland but another 6500 calls failed to get through. Our demand increased at the end of last year because there were no other services available.”