Reprinted from Courier Mail today.  You can read article directly their website here and make comments at the bottom. 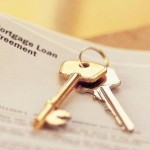 TAAS was described as valuable but unaffordable, despite it being funded from tenant bond interest and not taxpayer dollars.

In hindsight, this decision seems a knee-jerk reaction by a new government looking to make easy savings but as well as being self-funded, the program works predominantly with people in private housing to keep them housed independently.

The work is frontline and local. All of these aspects seem to align with the LNP philosophy, the direction identified by Premier Campbell Newman last year and the Queensland Commission of Audit.

Despite extensive and broad-based concerns being raised about the impact of funding withdrawal on consumers, the Housing Minister says he is unmoved.

He will not even accept Commonwealth money to continue the service – a position at odds with that of the former housing minister, Bruce Flegg, who last year said, “I’d be delighted to see the Federal Government put up the cash to fund this program and the State Government would be more than happy to continue to administer it”.

A core requirement of the National Partnership Agreement on Homelessness (NPAH), recently signed by Queensland, is the provision of tenant advice and advocacy.

The State Government has been silent on how it will satisfy that requirement but the $2.5 million offer from the Commonwealth could only be seen as a bonus in achieving that outcome.

As the June 30 deadline looms, private rental market tenants wonder how it is that they – the most likely to be living in poverty after paying their housing costs – have lost their self-funded services, with that funding diverted by the State Government to build a handful of social housing properties.

At the same time, the Government has reintroduced stamp duty concessions for repeat home purchasers, estimated to result in a $250 million annual loss in government revenue or 40 times the cost of the entire TAAS program.

This would appear to make a mockery of the statement that TAAS funding cuts are about prioritising bricks and mortar social housing solutions.

Recently the stated reasons for funding cuts changed, with the Government saying the program is a duplication of other services.

It named the Government’s Residential Tenancies Authority (RTA), the Salvation Army and community legal centres (CLCs) as alternative options for tenants. But the impartial RTA can neither replicate a regional service delivery model that provides face-to-face interviews when required, nor can it advise or advocate for either side in a dispute.

A poor outcome would be an expansion of RTA services, since the RTA cannot deliver those which have been lost.

A housing and homelessness strategy that fails to focus on the private rental market, where the vast majority of renters live, is doomed to fail. And discontinuing the work of TAAS will not achieve a reduction in social housing waiting lists.

Penny Carr is the co-ordinator of the Tenants’ Union of Queensland Inc.

One thought on “State rejects $2.5 million from the Federal Government to fund support services for tenants”